Since I became a mum, my sleep pattern has completely changed. People warned me that sleep would become a precious commodity once my little bundle of joy arrived, but nothing could have prepared me for just how little my son Rory slept in the first few months.

This is a blog post designed for any new mums desperately craving more sleep because I am happy to say that we changed some little things about our routine and now mother and son are getting the sleep we deserve. How happy is Rory about that?! 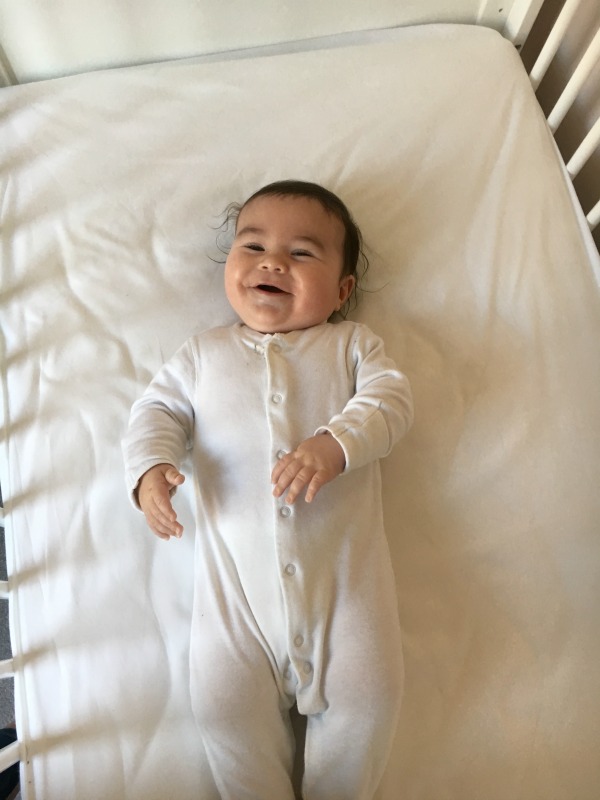 While I was pregnant, I became a Silentnight sleep ambassador as I started to get more uncomfortable at night and found that using a Silentnight Miraform mattress supported my bump and shielded me from my husband’s tossing and turning so I got to sleep quicker. It was also a lifesaver after having the baby because when you’re up three or four times in the night, you can’t afford to take your time getting back to sleep. Because the Miraform mattress remembered my shape, I could get back into the same position and switch off straight away. (Remind yourself of the video I made for Silentnight here)

However, I wasn’t happy waking up so much with Rory, so I browsed a lot of parenting forums and started to experiment with different sleep aids. The result is that he is now sleeping from 7pm at night straight through until around 6am. This is what we did:

(1) We gave him more food at night

Babies wake up if their stomachs are empty so I make sure Rory finishes the whole of his bottle before going to sleep. Before I got so vigilant about this, Rory would often fall asleep before finishing the feed and I would let him doze off as it made it easier for me to put him down and get on with other things like writing blog posts or cooking dinner. However, I’d rather spend a few extra minutes making sure he drinks everything than wake up after four hours to feed him again. 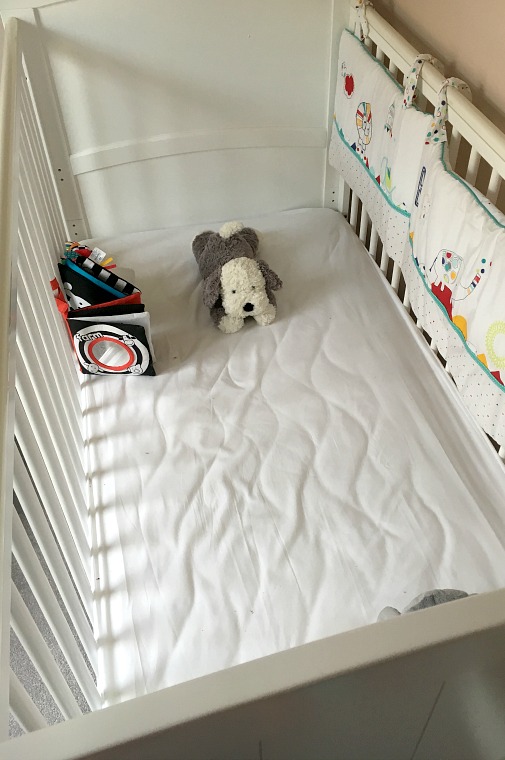 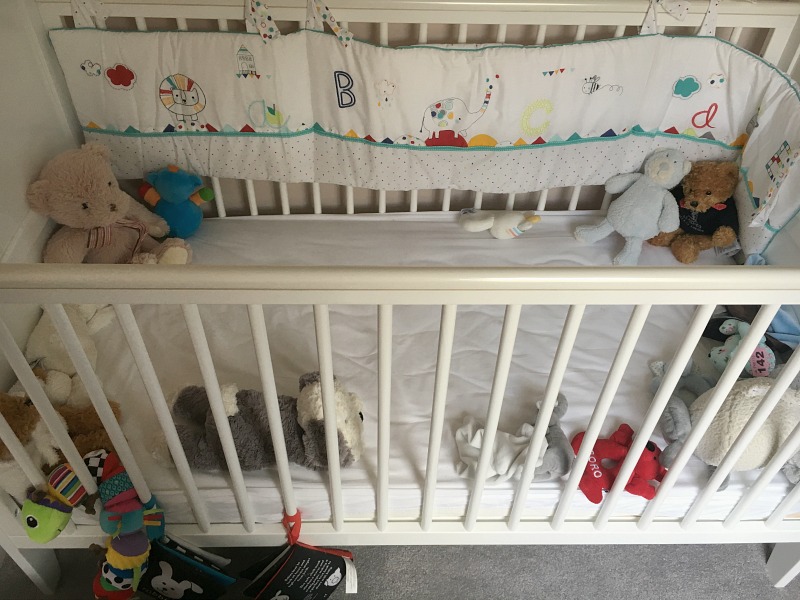 When babies are really tiny, they need the comfort and reassurance that comes from sleeping in a bed near to their parents’ one. We had a crib that attached to our bed so it was like an extension of the bed. This was ok until he got to 12 weeks and he started hearing our voices and waking up and I think that being so close to us was distracting as it felt to him like he could play with us at any moment. In his own room, there’s no temptations and he sleeps more soundly as a result.

(3) We chose the best possible mattress for him

I know from experience that the right mattress can be life-changing in terms of sleep. For babies, it is even more important because of things like sudden infant death syndrome (cot death).

Silentnight’s Safe Nights Memory Wool cot mattress has individual mini pocket springs to provide firm and responsive support, and a 3D mesh structure promoting free flow of air so babies can breathe freely through the material for a safer sleep. It’s won Best Nursery Product (Gold) in the Mother & Baby Awards and the Platinum award for Best Safety Product in the Lovedbyparents Awards 2016.

The first night that Rory slept on it in his own room, he slept for 11 hours straight. 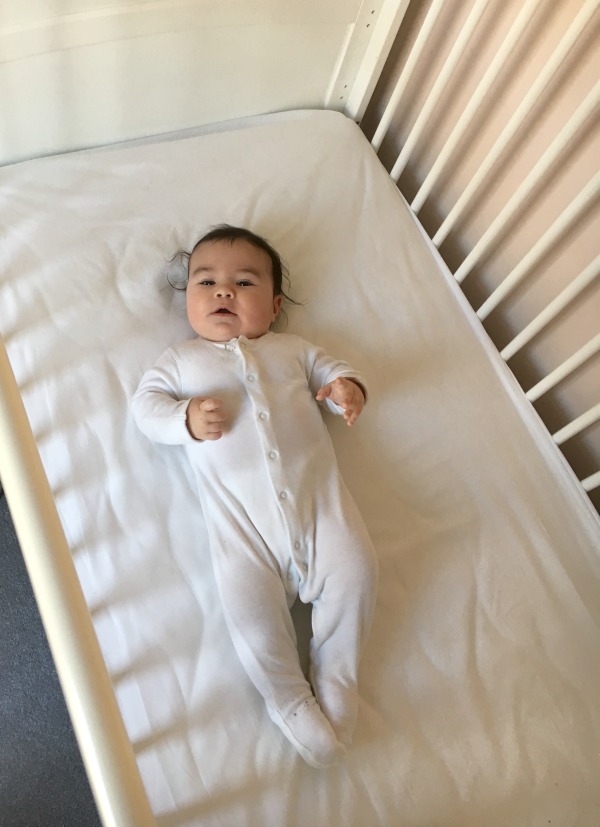 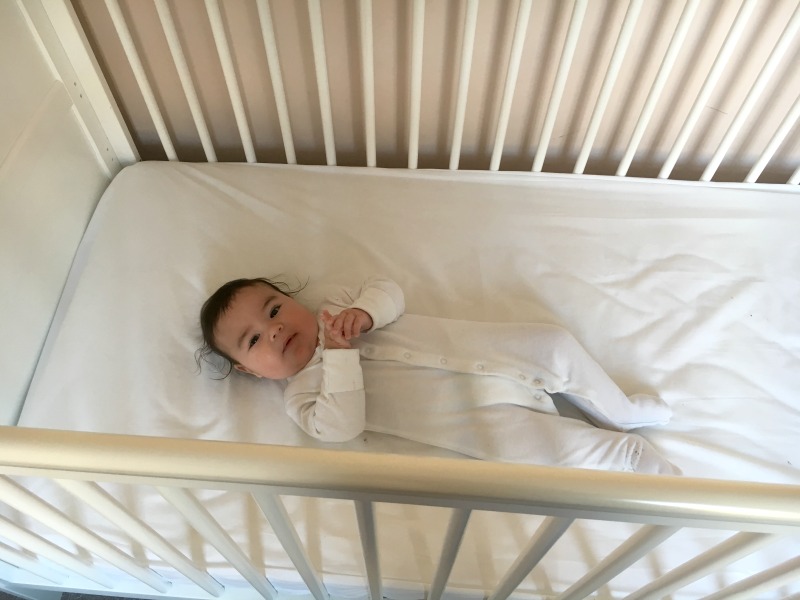 Even more surprising is that he doesn’t wake up crying anymore. After a full night’s sleep, we are woken up by little gurgles. He’s quite happy to play with his hands or scratch the mattress for a bit (for some reason he loves the noise), and that buys us time to wake up slowly rather than rushing into his room to stop the crying.

Another thing I like about it is the size is 70cm by 140cm so it will last him for ages. Right now, he’s a small baby in the centre of a huge bed and that’s why the memory wool is so useful as it makes him feel more supported. When he’s bigger, it will adjust to his shape and keep him comfortable. When we’re buying new clothes practically every week and spending a fortune on weaning gadgets and food, it’s a refreshing change to have something we’ll get years of use from.

And finally, giving Rory this new mattress has given me my life back. I can go to a showbiz party or a film premiere and get back late, without worrying about getting up every few hours. When I was waking up at 12am, 4am, and 6am I wouldn’t stay up late myself as I knew I’d need my sleep. Now I can go out until midnight as I know I’ll be able to sleep until 6am. My husband’s also in a better mood as he’s sleeping better and the overall mood in the household is more harmonious.

(4) His new room has a better blind

Babies are so sensitive to light and Rory used to wake up at 430am when he was in our room – the moment that the sun started to rise. But we found that as his new room has a blind that keeps out most of the light, he sleeps for longer. It’s especially useful for daytime naps as it makes Rory think it’s bedtime.

Without a doubt, I can say that putting Rory in his own room on a Safe Nights memory wool cot mattress is one of the best decisions I’ve made recently.

Journalist, author and mother-of-one. I love fashion, beauty and gossip (preferably over a glass of bubbly). I founded the blog LiveLikeaVIP.com in 2009 and VIP Mums launched in April 2016 - the same month my son was born.

© 2018 Live Like A VIP. All Rights Reserved. Designed by Essence Labs.